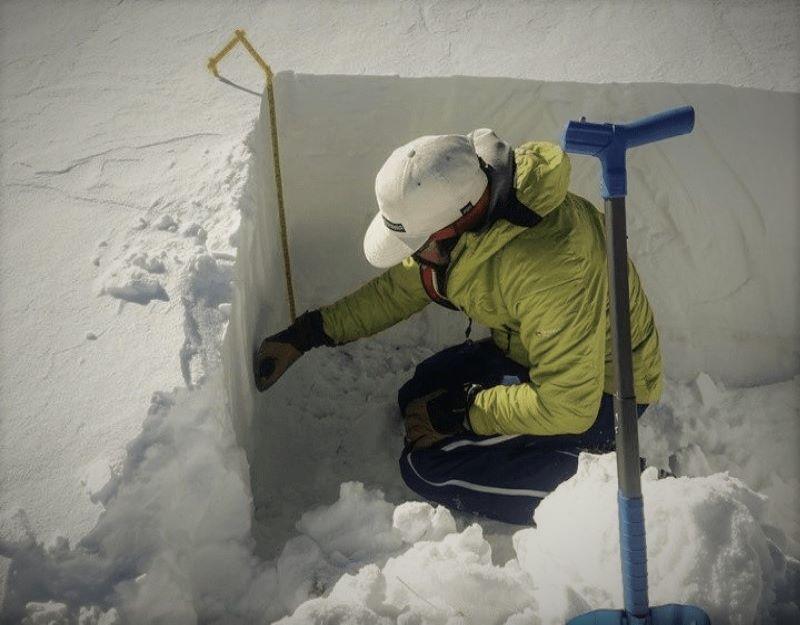 Winter is Here: Snowpack and Conditions Update by Justin Ibarra

Winter is here as a new season begins and our Colorado snowpack is back in full force. A few early season storms came through the state over the past couple of months with long dry periods in between. The dry and sunny periods helped to melt the snow on most Southerly aspects but on Northerly and shaded aspects the snow was lent to rot and created a mixed bag of basal facets, crust/facet combos, and wind slabs.

Around this time of year with this early season setup, it’s important to keep an eye out to see what areas where harboring that early season snowpack. We can then mentally picture where our problem layers will be once the first big snowfall of the season arrives and blankets our mountain environments to entirety.

November 17th came and just that kind of storm arrives dropping around 30cm across the Vail/Summit County Zone and Continental Divide with heavy winds. Time to head out into the backcountry to confirm and assess how this early snowpack is shaping up.

Evidence of some big windloading.

I linked up with Gary Fondl and we headed up to a usual early season zone, Jones Pass. A new load and heavy winds. With this we expected to see some wind slabs and we discussed being cautious on those slopes that where holding that early season snow, suspecting basal facets and a weak cohesion of the new/old snow interface.

A busy Saturday morning in the parking lot as we started to skin up the road with about 15cm of new and non wind-affected snow. We discussed our intended plan for the day of heading up to the pass proper to get a better gauge on the alpine snowpack and hopefully get in some good turns.

Skinning up the road below TL we found some slight wind affected snow but we could see it was a much different story in the alpine with moderate to intense loading on leeward and cross-loaded slopes. We continued up and kept poking around as we made our way to the pass proper. Throughout the day we traveled NE-SE aspects and found a good wind skin of variable density and thickness above TL on all of those aspects. Some moderate cracking on NE windslabs and we noticed a small cornice break off a SE aspect on the ridgeline at around 12500ft.

Small cornice break off the ridge.

Knowing that those Northerly aspects would be our suspect for the day we where cautious to skin around certain areas and kept our slope angles appropriate for the snowpack and the days travel. Personally, what I was curious to see was if we would see those instabilities on E and SE aspects. The answer in a nutshell, YES.

Gotta get your nose in the snow!

We dug a hasty pit on a NE aspect to get an in idea of those early season layers and then continued on a little higher to an East aspect that we where going to ski to dig a little more. We found a reactive crust/facet combo about 15cm from the ground, confirming that there lies a persistent weak layer. The funny thing was that we where adjacent to about 12 ski tracks. Luckily the slope was 28-30 degrees but I couldn’t help but ask myself if people knew what was beneath their skis.

Terrain management is crucial. We continued our day managing our slope angles and skiing a couple of good laps. The skiing was great but there was that cold wind-skin we had to deal with.  On our last run out we did get a good shooting crack on a SE aspect on the old/new interface. Luckily, we weren’t on a steeper slope otherwise it definitely would have ripped. Terrain management is crucial.

All in all it was a great day to get out and assess the snowpack and get in some good early season turns. We pretty much saw what we expected with instabilities near the base of the pack on NE aspects and then as well within the old/new snow interface from the 11/17 storm.

Now, I do feel to mention what I didn’t expect to see and that was other groups decision making. Yes, it was the weekend in a common early season zone and so I knew there was going to be a decent amount of people out there, but some of the route selection choices I saw where quite questionable and disheartening.

Thats a big load, is it a big deal?

Nearing the pass you must cross underneath some big loads above. Just as we where nearing this zone a group of 3 seemed to try to boogie on past us, which is fine, but then we watch them pass underneath these slopes in a single file line seeming to disregard the possible looming danger from above. Throughout the next few hours I probably saw a handful of parties doing the same thing with what seemed the same disregard. The Kelso Mountain accident loomed in my mind.

Then on our exit run I look back and notice a solo skier with his dogs put in the above skin-track. Yikes, I thought to myself. And he also wasn’t the only one skinning up steeper northerly facing slopes.

There is a whole season ahead of us. Be careful out there my friends.

Justin is a splitboarding guide, avalanche educator, and snow safety director at Colorado Adventure Guides and the founder of Colorado Snowboard Guides.  He lives in Summit County, Colorado and likes to shred pow.

Fashionably Late to the Party: Rock Climbing Season in the High Country

Death and Skiing: Risk vs. Reward in the Backcountry 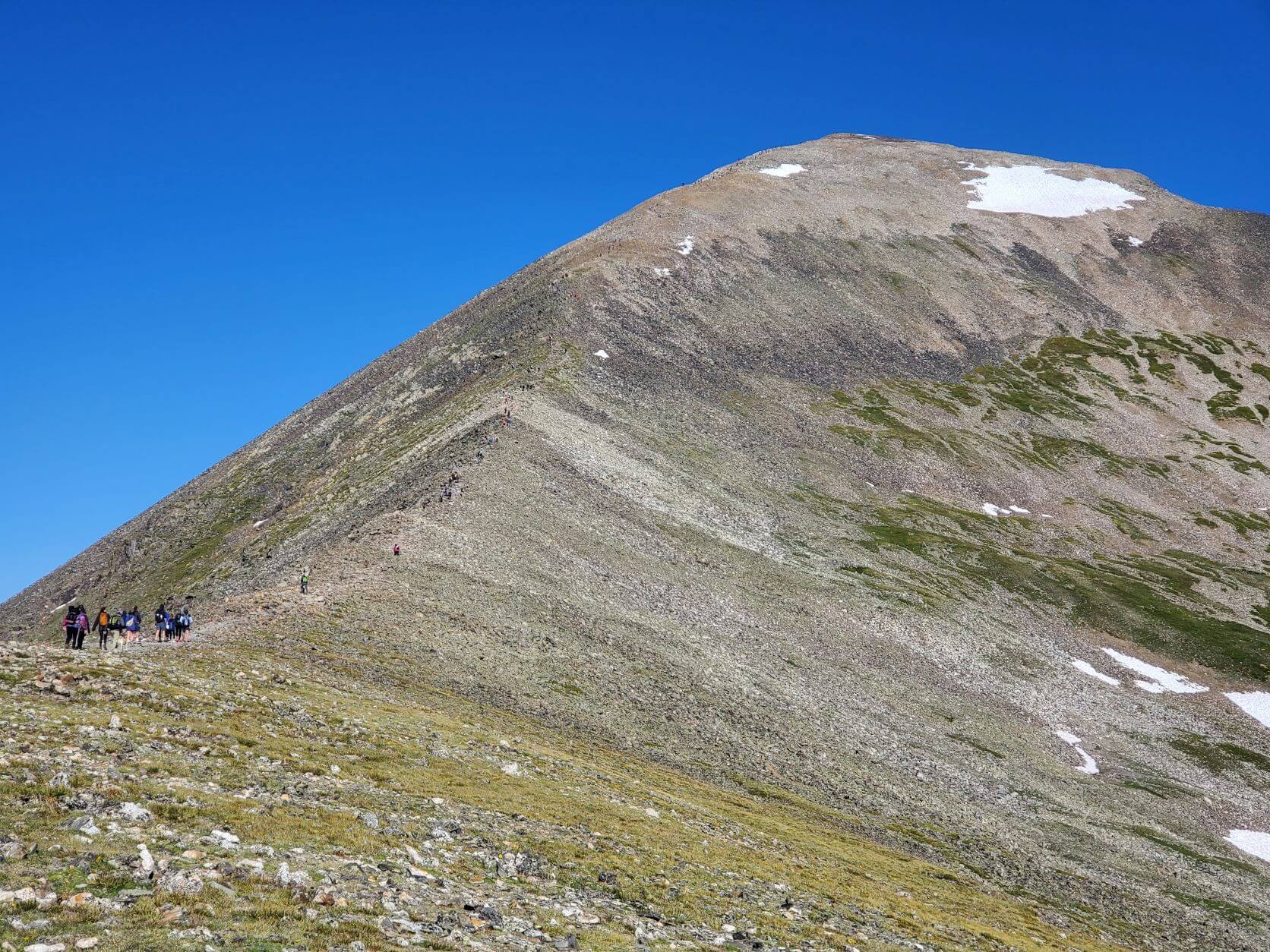 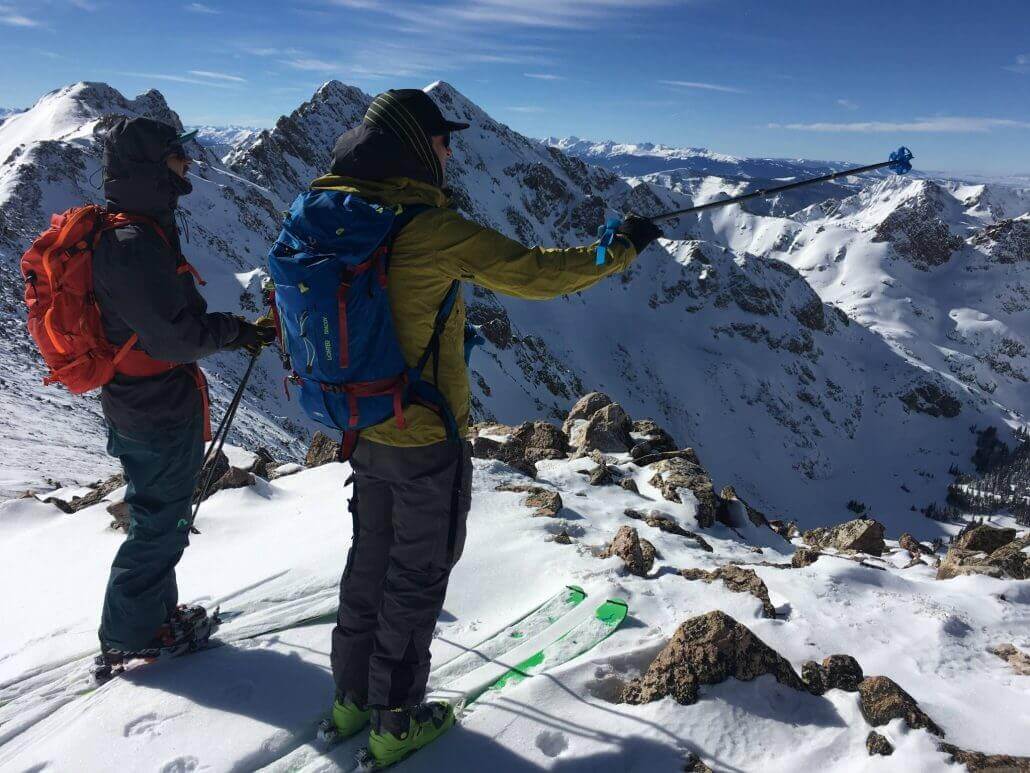