Fashionably Late to the Party: Rock Climbing Season in the High Country

In a region dominated by seasonal change, outdoor enthusiasts must learn to adapt, and adjust their activity of choice a few times throughout the year. Winter brings a deep bounty of snow, upon which backcountry skiers and riders glide through powder and hone their skills, while weaving through thickets of pine. Spring brings a stability to the snowpack which enables us to tackle aesthetic couloirs among the higher and steeper terrain. Slowly, as the warming sun brings a season of melt, pedals begin to spin, and once the trails have dried, mountain bikers rise from the valley and into the hills. During this season of transition, cliffs and crags also begin to see the sun. Their faces and crevices drying out as the snow above streaks down and dissipates into the thin air. For a climber, the warmth of April and May, is a time of transformation from skiing to rock climbing, and frankly, it leaves me giddy like a child.

Life in Breckenridge, at 10,000 feet, is a far cry from my previous life at zero feet in Ocean Beach, San Diego. Besides the obvious surfing, beach dwelling, and endless burritos, rock climbing was a year round affair. I could climb the local practice crags on the 99 percent of days that didn’t see rain. In the heart of winter, with a couple hours drive, we could find ourselves plugging cams in the world-class, Dr Seuss-esque territory that is Joshua Tree. Southern California’s distinct lack of seasonal change is what many believe to be its best asset, yet it’s easy to fall into a rut this way. The mountainous terrain of Summit County is the antithesis of this, providing an outlet to keep things fresh. It’s no secret that rock climbing season arrives late at this altitude, but the prior months spent skiing only amplifies my excitement for seeking change in the form of dry rock.

There is a certain mindfulness to be gained while climbing on rock in the warmth of the sunshine; bathing like a lizard with its tongue stuck out. In shorts and a t-shirt, placing bare hands and sock-less toes on the minute alterations in the rock’s face. Rising above the last piece of protection, upward progress in this primitive state is a privilege, not a right; each step higher must be earned, or else be swept back down. Like skiing untracked powder, rock climbing is both an artistic dance and a demonstration of musculature. Finesse meets power with the hopes of topping out.

Contrasting the aesthetic and simple enjoyment both these disciplines provide, they boast a striking difference when it comes to physical contributions to one’s psyche. Periodization in fitness training, typically refers to trending the down swings from breaking down muscle during workouts, with the up swings from the resulting super compensation, to achieve an elevated status at a certain point at the end of a cycle. Blocks of these cycles are stacked upon one another, and when it comes to backcountry, human-powered skiing, by April and May you’ve developed butts and thighs for days, but with little muscle gain in the upper body. While this puts the skier at peak performance for those big 5,000+ foot, springtime ski objectives, all that added weight below the belt acts as an inhibitor while trying to hold on with just finger tips during rock climbing sessions. In opposition, once nearing the end of high country climbing season around October, the lean strength gained while on the rock, creates a strong upper body with thin, sinewy legs. After all, rock climbing is all about the strength versus weight ratio, and to achieve peak climbing performance at the end of the cycle, those heavy legs have got to go.

In terms of lifelong fitness gains, this biannual cycle from skiing to climbing and back again, builds a robust cardiovascular and musculature system that is tenacious and willing to adapt. One does not strictly benefit the other, but in the long run, they work together in unison to obtain a well-rounded level of athleticism. The fitness nerd in me loves this cyclical periodization, but above the tangible, both sports are truly encompassed by the way they make you feel, within an immaterial figment of our heart. A collective gathering of mind, body, and soul, with the singular purpose to create happiness.

By late April and early May, our south facing crags are ready to see their first ascents of the season and help us to remember what it’s like to hold the rock just right. By June, even the forested rocks are arriving to the party, calling to anyone who will join them in a vertical dance. Rock climbing season arrives fashionably late here in the high country, but there are many among us who are eager and fit for the challenge that lies ahead.

Join Colorado Adventure Guides this summer to either take your rock climbing skills to the next level or simply try top-roping for the first time. We offer guided days for all ability levels, as well as structured courses to gain the knowledge and experience to tackle new objectives on your own. Check out the rock climbing section on our website to learn more.

Here is a list of the climbing courses we’ll be offering this upcoming season:

*Dave is the lead climbing guide and operations manager with Colorado Adventure Guides in beautiful Breckenridge, Colorado. He takes pride in pushing his clients to new heights and urging them past perceived limitations to achieve their goals. During the shoulder seasons, he and his wife take to the road in their camper van to climb, ski, hike, and explore the places that continually inspire them.

Living the Dream - Reflecting on a Guide's Life

Winter is Here: Snowpack and Conditions Update by Justin Ibarra 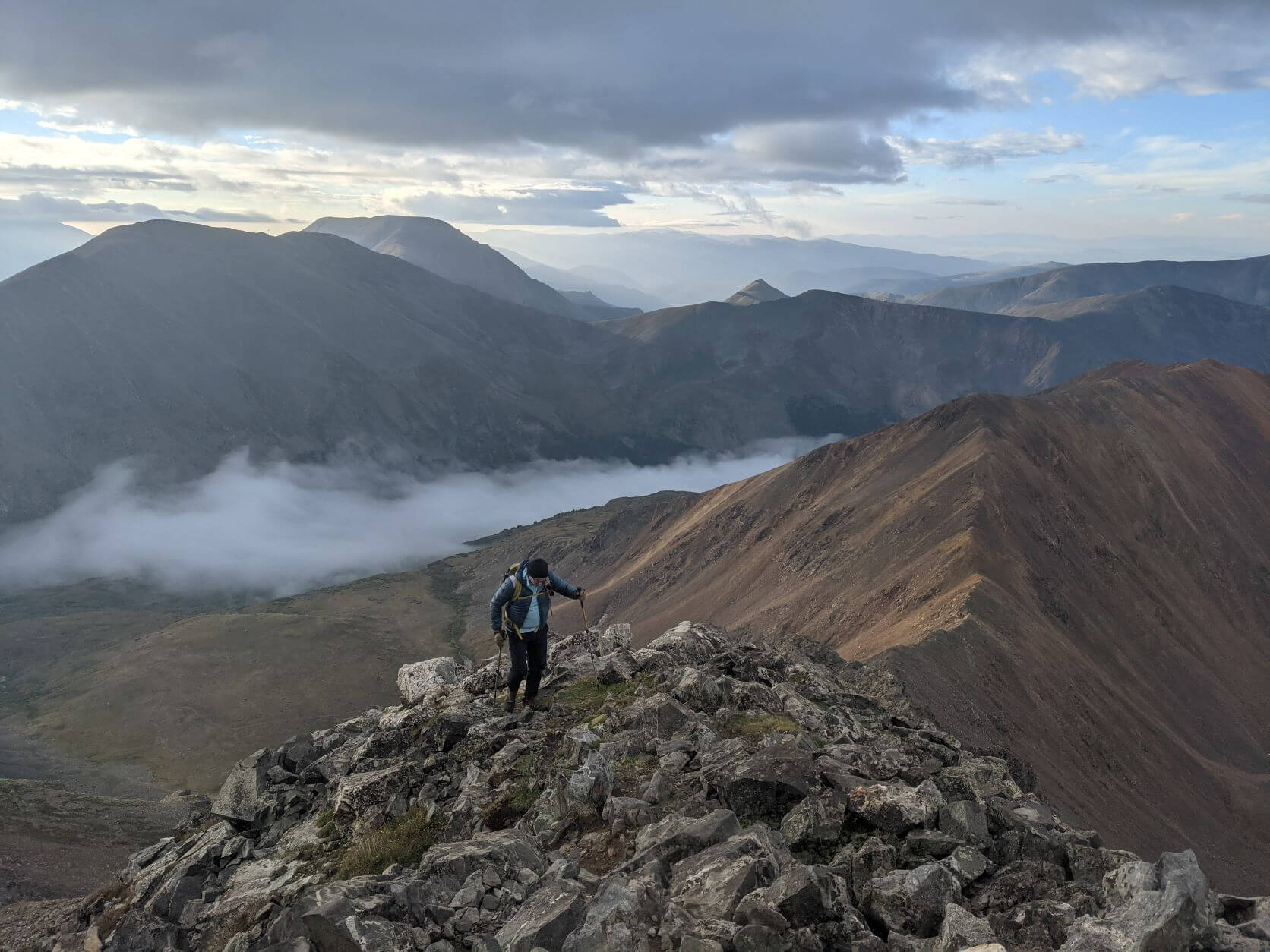 7 Tips for Hiking a Fourteener in Colorado

6 Reasons to Take a Mountain Bike Skills Course in Colorado